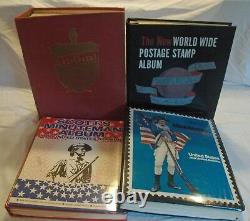 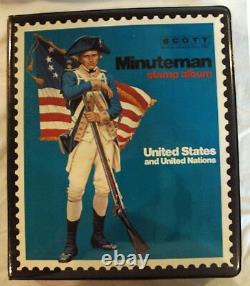 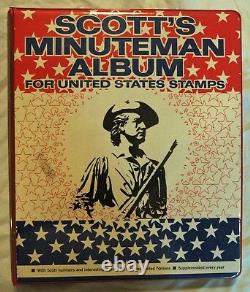 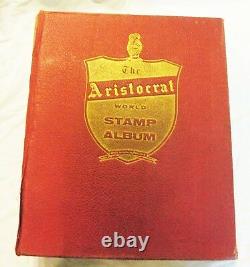 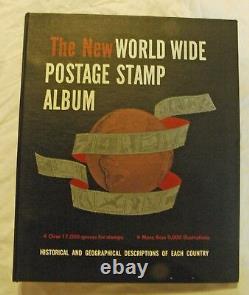 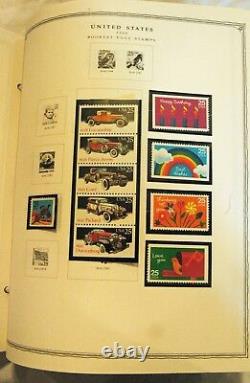 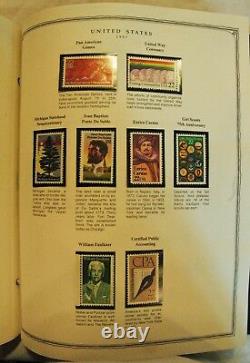 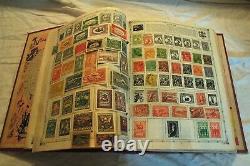 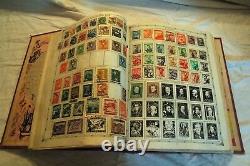 The offered set of Albums would be a terrific start for anew Collector, or a great way to expand an existing collection of U. Ive been collecting Stamps, specializing in Mint U. Commemorative issues, since I was ten, finding it a great way to learn about and appreciate our nations history.

I stopped adding to the collection after 1985, when the U. Postal Service began issuing stamps to celebrate pop culture (good for marketing), and less about persons and events of historical significance.

The first Album being offered has approximately 1,500 U. Mint Stamps; almost every issue from the early 1920s through 1985, with many stamps in Crystal Mounts (to protect the Stamps and preserve the original Gum) and some Hinged. This collection of Commemoratives also includes some Plate Blocks and First Day Covers; all in Scotts Minuteman Album. A second MinutemanBinder , included with this offer is not as extensively filled as the first, but includes Air Mails and other Mint issues from the period. My collecting began in 1963 when a friend of my father, who was a Letter Carrier and who ran a Stamp Business for Collectors on the side, had piles of used and cancelled U. And International Stamps on envelopes that he needed to separate; to be able to sell for his business.

He made me an offer:If I would soak the Stamps off the envelopes for him, I could keep one of each that I wanted for my collection. The third and fourth Albums being offered contain both new and used (cancelled) issues of U. NO Stamps have been licked and pasted into the Albums. As a bonus , the collection includes unsorted Packets of U. S and International issues to provide Collectors with hours of enjoyment; adding these Stamps to their Albums.